A former Board of Visitors member and longtime benefactor of the University of Virginia is supporting a series of initiatives designed to significantly advance the study and teaching of the history and principles of democracy.

A 1968 graduate of UVA who majored in history, John L. Nau III, through his family foundation, has committed $27.5 million in support for the College and Graduate School of Arts & Sciences’ recently launched Democracy Initiative and its Program on Constitutionalism and Democracy. Subsequent to the gift’s recent completion, the donor requested that $2 million of the gift be directed to the dean of Arts & Sciences as an unrestricted gift, recognizing the urgent need for discretionary resources at this time.

“I am deeply grateful to John for his vision and compassion,” UVA President Jim Ryan said.  “John has always understood the importance of studying democracy and preparing a new generation of citizen-leaders, and his generous gift will help us do just that.

“But John also understands that our most immediate challenges are related to this pandemic. That’s why his gift is designed to make UVA stronger now and in the future – helping us both preserve who we are and imagine who we can be.” 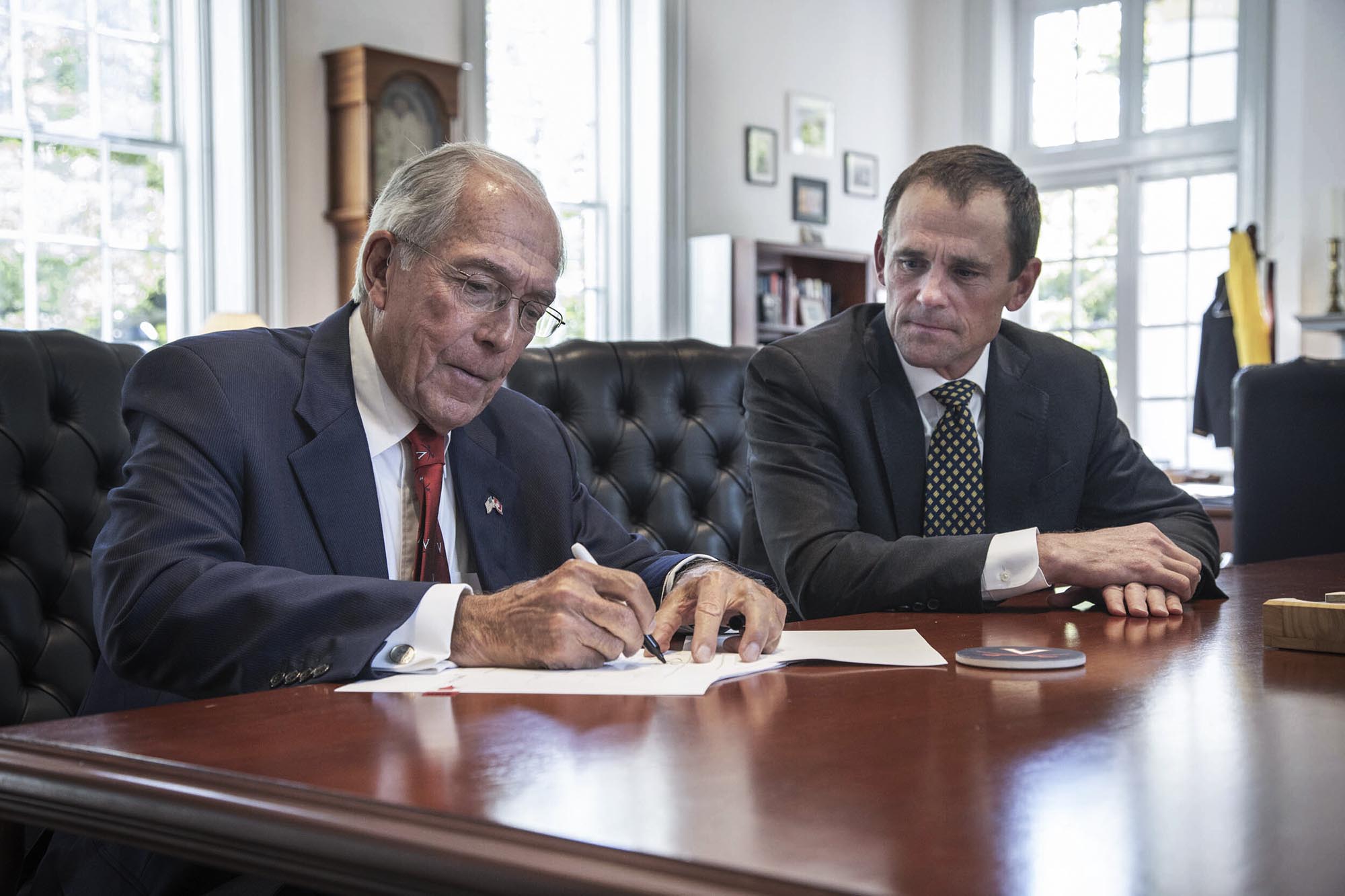 Through University matches, principally the Bicentennial Professors Fund matching program, Nau’s gift will be bolstered by more than $17 million for a total impact of more than $44 million.

The largest portion of Nau’s gift will endow the Democracy Initiative’s Core Lab on the history, principles and philosophy of democracy. It will create 10 endowed faculty positions across a range of departments (including history, politics, classics and philosophy), up to four visiting positions, and provide additional program and research funding. Ian Baucom, Buckner W. Clay Dean of Arts & Sciences, said the gift enables the College to immediately attract world-class talent to the Democracy Initiative and its Core Lab, which will serve as the connecting hub for the entire project.

“UVA was established on the belief that an educated citizenry is vital to the success of democracy,” Baucom said. “Thanks to John and the Nau Foundation, we have the resources to bring the Core Lab to life as the nerve center for the initiative, and to fuel our well-established Program on Constitutionalism and Democracy. His gift secures our ability to gather great minds to research fundamental questions at the heart of democracy, from ancient times to the present, in the U.S. and around the globe, to engage our students in that pursuit, and to share that knowledge with the world.

“I am inspired beyond words by John’s generosity. He has again demonstrated his unwavering commitment to the life and future of the University. That he would make this gift at such a critical time is a testament to his vision and leadership.”

Nau said that this new investment in the University, specifically aimed at democracy, is crucial.

“Educating current and future generations of students about the historical, political and philosophical foundations of democracy – and especially the American democracy – is absolutely essential, and I sincerely hope others will join me and the Nau Foundation in supporting these efforts,” he said.

The Nau Foundation’s previous philanthropic commitments to the University include $16.6 million in current and future gifts to establish and endow the John L. Nau III Center for Civil War History, a Civil War-era archives collection valued at $13.6 million, and an $11 million lead gift for the construction of Nau Hall at the South Lawn, home to the Corcoran Department of History. Nau’s democracy-focused gift is the largest lifetime pledge ever given to the College.

Melody Barnes, co-director of the Democracy Initiative for Policy and Public Affairs, said the Nau Foundation’s gift is exactly what is needed to grow the two-year-old initiative.

“The Nau Professorships the endowment sponsors will help us draw the leadership we need to support mission-critical elements of our work.” she said. “The generosity of the Nau Foundation ensures our ability to shape scholarship and the student experience for years to come, and to engage government leaders, practitioners and the public to advance democratic principles and culture.”

Nau is chairman and CEO of Silver Eagle Beverages. He was instrumental in securing Anheuser-Busch’s support for the University, which includes funding an alcohol awareness program and a major gift for the College’s Department of Environmental Sciences. The gift helped to fund the University’s Anheuser-Busch Coastal Research Center, which supports a wide variety of research activities in the coastal bays, salt marshes and barrier islands of the Eastern Shore of Virginia.

Director of Communications College and Graduate School of Arts & Sciences