Jimmy Stanger began golfing at 5 years old, tagging along as his father hit the course. Soon, the young Stanger set his sights on a professional career.

“I still have a note that I wrote about age 7 saying that I wanted to play with Tiger Woods in the Masters when I was 20,” said Stanger, who graduated from the University of Virginia in May after a successful academic and athletic career.

Though Stanger did not quite make it to Augusta National at age 20 (and the injury-bedeviled Woods missed the Masters this year), he has done a pretty good job of making his childhood dream come true. He became the first first-team All-American golfer in UVA history and won the Atlantic Coast Conference individual championship this year. UVA’s golf team thrived during his tenure, most recently finishing a program-best 10th at last week’s NCAA Championship. 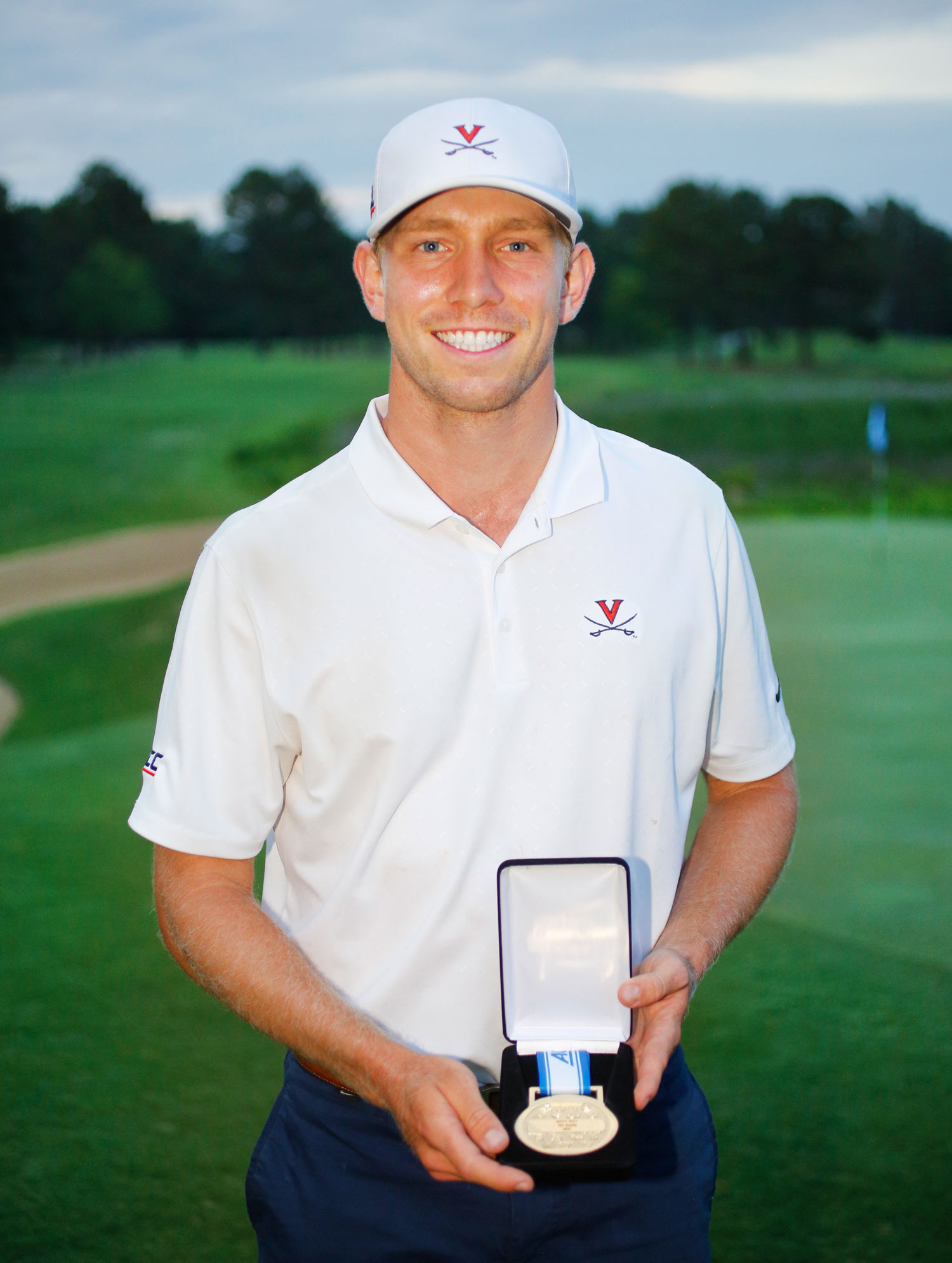 Stanger is poised to make the leap from amateur to professional. After playing in the U.S. Amateur Championship in August, Stanger plans to sign with an agent and officially become a professional golfer.

“It really is a dream come true,” he said.

Off the green, Stanger also got the education he dreamed of. The Tampa, Florida native zeroed in on UVA not just for the golf team, but also for the McIntire School of Commerce, ranked No. 2 globally.

“The Commerce School was a huge reason I chose UVA, because I have always envisioned myself going into finance after a golf career,” he said. “I wanted to go to a school with a great business school, and UVA obviously had that.”

Still, he admits there were times in his college career when achieving both of those dreams felt like a daunting task.

Stanger said he got a bit overconfident during his first year at UVA, after a particularly strong top-10 finish in his first tournament.

“I had visions of myself winning every tournament after that,” he said. “But of course that was not the case, and over the next two years, I definitely did not play the golf I was expecting to be able to play.”

Part of the challenge, he said, was balancing long hours on the golf course with his classes and application to UVA’s McIntire School of Commerce, which typically accepts students during their second year. Like other applicants, Stanger had to complete challenging pre-requisites involving time-intensive case studies and group meetings.

“Juggling that with golf was very difficult,” Stanger said. “It really taught me the importance of staying focused, planning out a good schedule and understanding that the best things take hard work and time.”

By his third year on Grounds, though, Stanger found his groove. He was accepted to the Commerce School and enjoying his first year in the program. He had also gotten involved in other organizations on Grounds, including a Christian organization called Athletes in Action, where he led Bible studies for other UVA student-athletes. He earned a reputation among his coaches as a hard worker who leads by example. 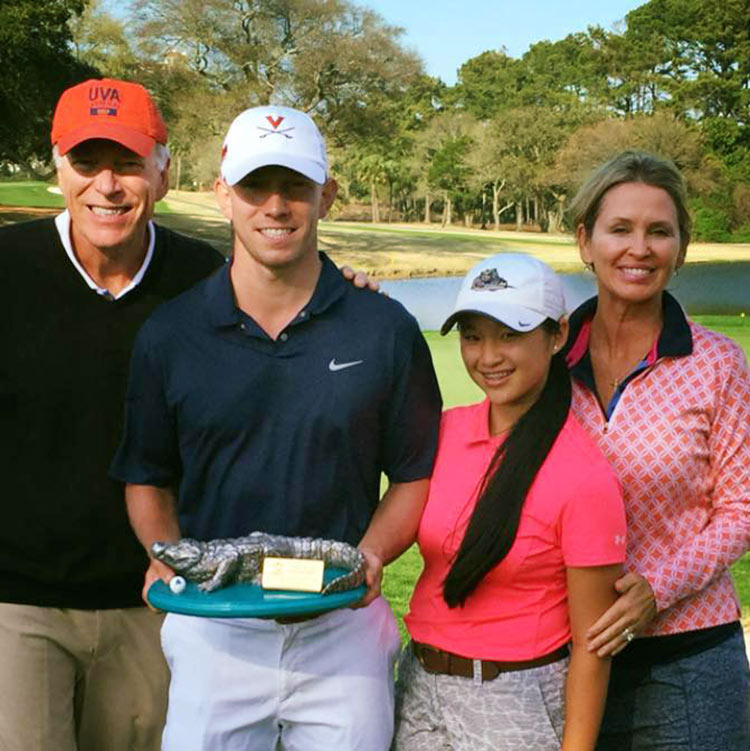 “Jimmy really is a great student-athlete, first and foremost,” men’s golf coach Bowen Sargent said. “He has been a very valuable leader from that perspective and a great model for the younger guys with his efforts in the classroom and on the golf course.”

During his third year, Stanger’s golf game also improved. He won his first college tournament and made a birdie putt to send his team to the 2016 national championship tournament.

“That moment stands out tremendously,” Stanger said of the clutch putt.

As he continued playing well, his national and international ranking– an important number for any amateur golfer hoping to play professionally – steadily rose. Currently, Stanger is ranked No. 16 in the World Amateur Golf Rankings and No. 7 by Golfstat.

“He is in a really good position right now,” Sargent said. “He is playing awfully well and has been for over a year. That consistency becomes more and more important at the next level.”

As Stanger – using some of his business training – put it, playing professionally has become not just a dream, but a practical option.

“Sometimes it did not seem doable or practical, but as I have gotten better and moved up in the rankings, it has become practical to go out and play golf as a career,” he said. “I feel so blessed to be able to do that, and to have had people, like my parents, who have sacrificed to make it happen.”

He anticipates that his McIntire degree will help him navigate the business side of golf, including negotiating contracts, managing money and securing sponsorships.

“Playing professional golf really is an entrepreneurial activity. You are selling yourself as a brand,” Stanger said. “I concentrated in finance and marketing, and that has really helped me understand how the golf industry works and how I can find a place in that industry.”

If his past record is any indication, it’s a place Stanger will work hard to earn and keep.

For All of Us END_OF_DOCUMENT_TOKEN_TO_BE_REPLACED