A missed housing deposit for a University of Virginia dorm room was the only reason Mary Ellen Connelly found herself living across the hall from fellow third-year student Rob Isaacson at the old Wahoo West apartment building back in 1986.

As it turned out, Connelly and Isaacson were both from Vienna, Virginia. Connelly, who studied environmental science, and Isaacson, a drama major, would often read their Washington Posts together; Connolly would proofread Isaacson’s papers.

After graduating in 1988, the friends – who never dated – went their separate ways. Connelly moved to Arizona, got married and had two children. Isaacson set off to Los Angeles to work in the film industry before returning to the East Coast and marrying a few years later.

But Connelly and Isaacson always stayed in touch, and several years later, after their marriages ended in divorce, decided to start dating.

“It’s easy to date somebody who knows everything about you,” said Isaacson, laughing. “There were no secrets, which was a good thing. She already knew where all the skeletons in my closet were.”

In 2001, Connolly and Isaacson were married in Sarasota, Florida, and then, within a few years, had a daughter and a son of their own. 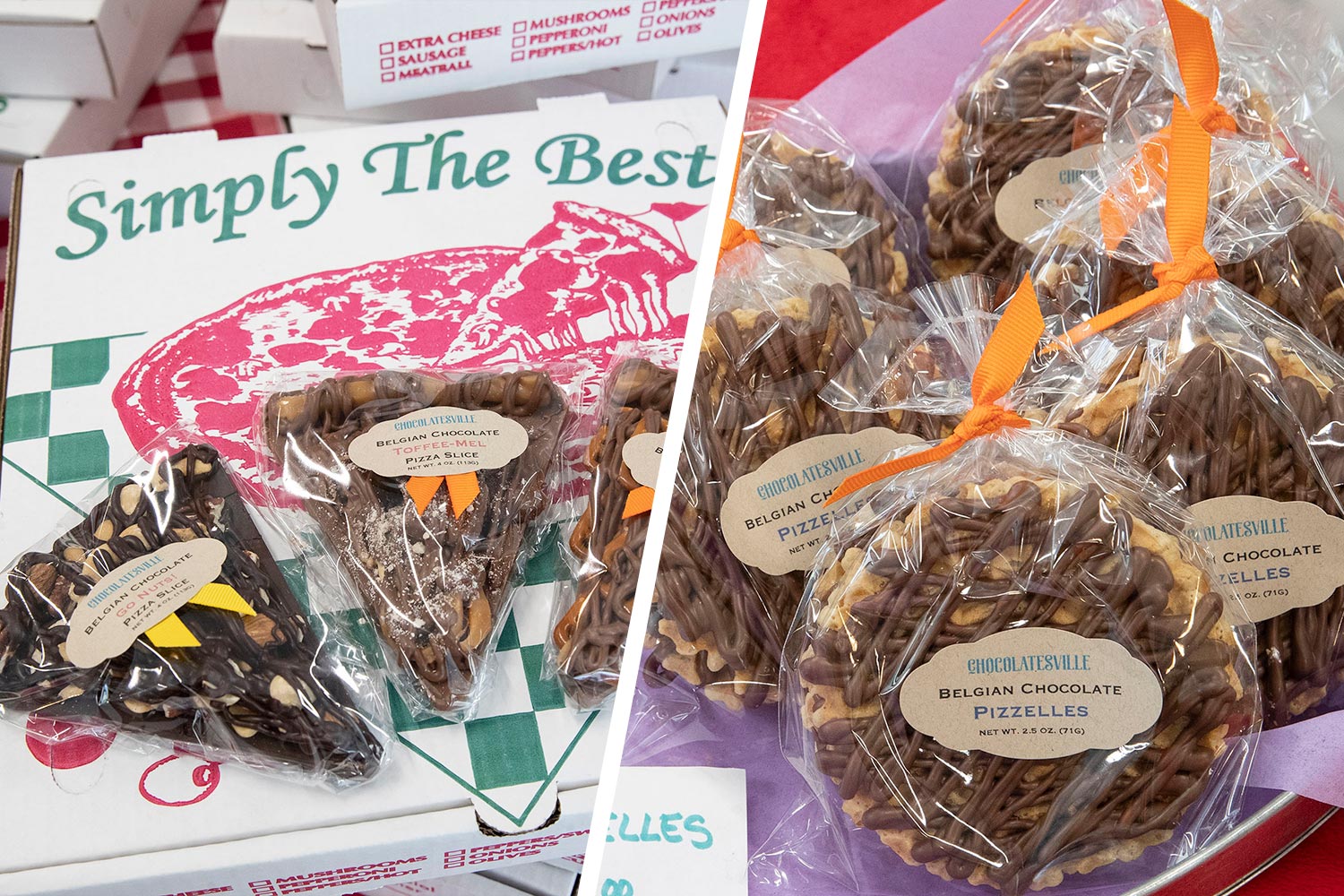 The Isaacson’s children – who often pitch in at the store when they’re not in school – came up with the clever name.

“I asked for something that said ‘Chocolate’ and ‘Charlottesville,’” said Mary Ellen, whose last name is now Isaacson, “and to this day they still debate which one actually said it first.”

Isaacson said starting the business with her husband was, to some extent, a no-brainer.

“We both love chocolate!” she said.

Just this week, Chocolatesville, which has been in business since 2016, moved from The Shops at Stonefield to a new location in the Barracks Road Shopping Center.

At the start of the pandemic, the Isaacsons said business was down due to the lack of foot traffic, but it has since rebounded thanks to an improved website, curbside pickup, local delivery options and customers being allowed back into the store.

It was while raising her children in Florida and working at a chocolate shop that Mary Ellen Isaacson learned how to make chocolate. 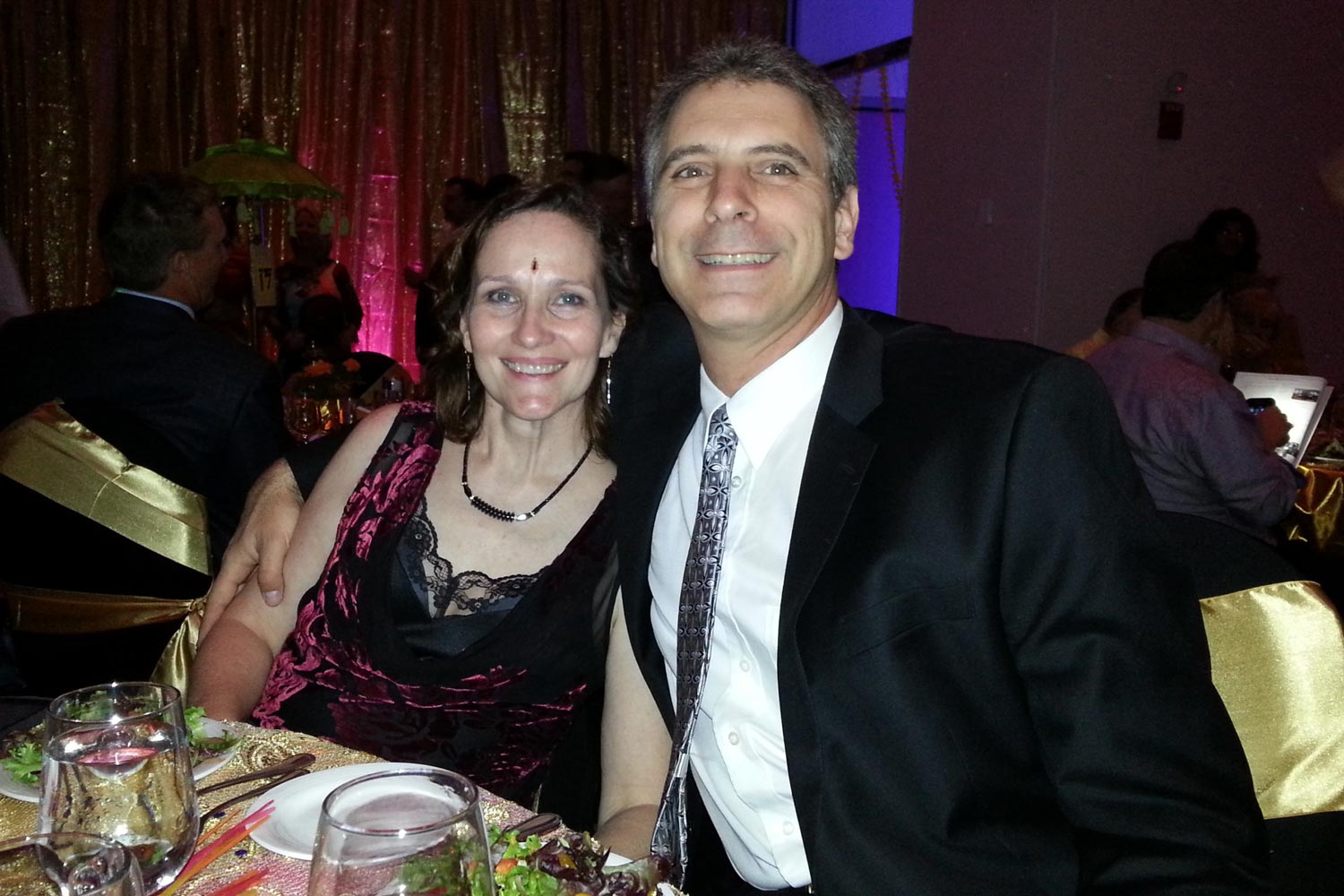 “I liked it better than baking because it wasn’t so much time in a hot environment, and there was less time pressure in making things – and I always wanted to work in a creative field, making things,” she said.

At Chocolatesville, she does just that.

The Isaacsons use imported Belgian chocolate to make their tasty treats.

“We take the chocolate, melt it and temper it, then start playing,” Mary Ellen Isaacson said. “There’s a lot you can do with chocolate; it just takes imagination and taste-testing, which is the fun part!”

“A lot of mass-produced chocolates use palm kernel oil or paraffin instead of cocoa butter, which results in a less-pleasing mouthfeel when you eat the chocolate and artificial vanilla,” she said. “And many add butter oil to keep the dark chocolate from developing a grayish cast, although this results in the dark chocolate no longer being vegan. None of these ingredients are found in our chocolate.” 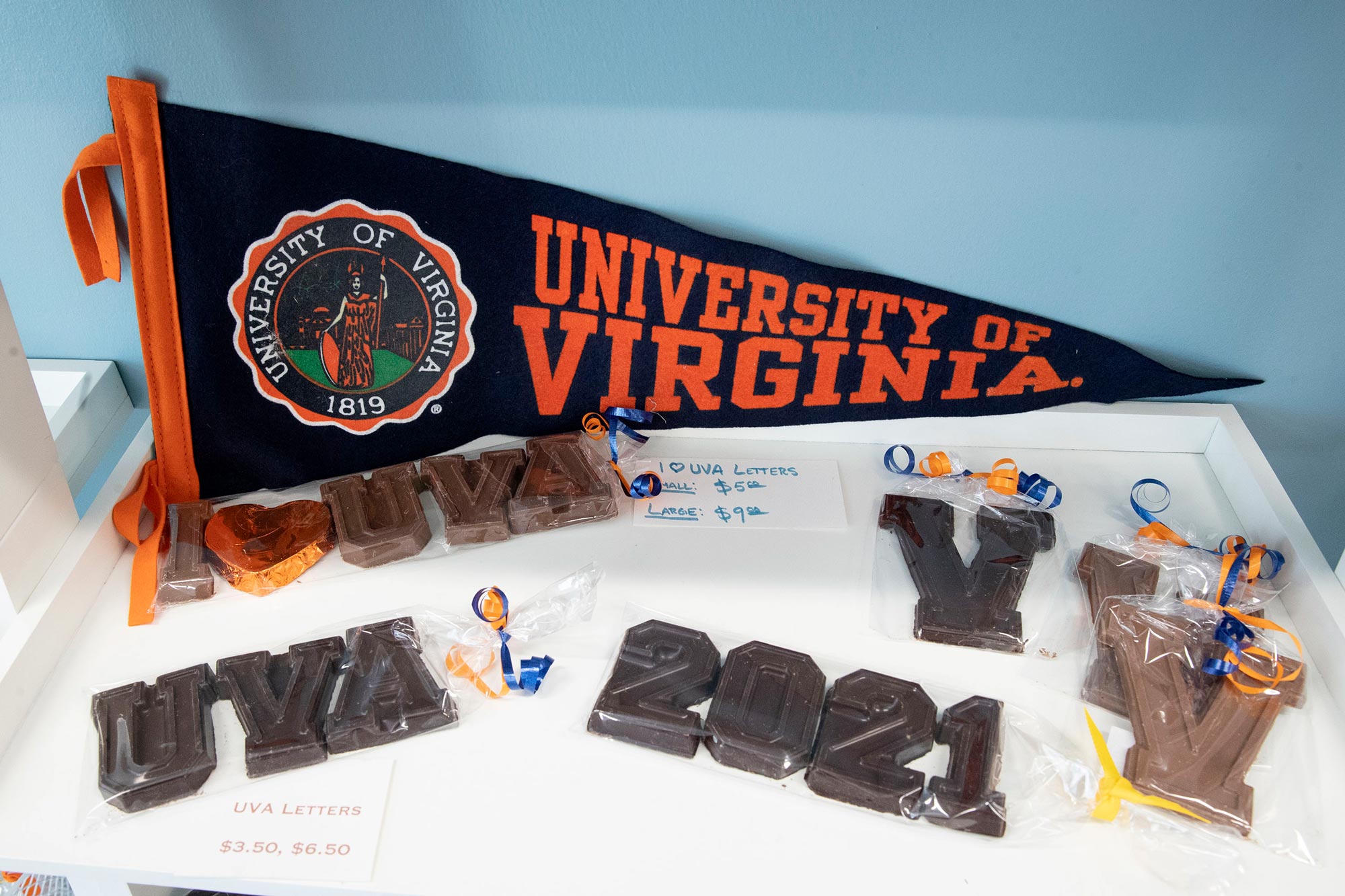 Many of the treats Chocolatesville cooks up are the result of customer requests, according to Isaacson. She said top sellers include caramel cubes with pink sea salt, chocolate-covered pretzels, Oreo bark, toffee, brownies and S’mores-on-a-stick.

“Many customers have their go-to items and stock up on them when they come in,” Rob Isaacson said. “Personally, I like plain dark caramel cubes and Nerds buttons. Mary Ellen’s preferences change with her mood – but she likes almost all of it!”

The couple believes the store’s new location will give more UVA students a chance to visit.

The Isaacsons have fond memories of their UVA days.

Mary Ellen said her highlights include studying by the windows in Clark Hall; seeing the Pretenders and former President Jimmy Carter at University Hall; impromptu environmental science field trips; and once getting talked into playing inner tube water polo at Memorial Gym.

One of Rob’s favorite moments was attending the football team’s appearance in the Citrus Bowl. Other highlights were performing at the Culbreth and Helms theatres; seeing several bands, including R.E.M. and Stevie Ray Vaughan, perform live at U-Hall; and meeting blues legend B.B. King.

Mary Ellen still gets a chuckle when she thinks back to the missed housing deposit that led to her living near Rob in Wahoo West.

Talk about serendipity. “We never once saw each other on Grounds,” she said, “so if not for living across the hall from each other, we would not have met.”