Allie Egan couldn’t figure out what was going on with her skin – and she was beyond frustrated.

As a student at Harvard Business School in 2014, Egan had developed dry, flaky patches on her face.

After a dermatologist couldn’t offer any solutions, Eganwent down a “Google rabbit hole”; she tried all sorts of suggested remedies she found online, including an “elimination diet” for her skin, at one juncture, even not using face wash when she showered.

“Sometimes it would get better,” said Egan, who earned her undergraduate degree from the University of Virginia’s McIntire School of Commerce, “but then it would rear its ugly head again.”

It wasn’t until three years later that Egan – while having fertility issues as she tried to start a family with her husband – finally figured out what was wrong. She was diagnosed with Hashimoto’s thyroiditis, an autoimmune disease in which the thyroid gland is gradually destroyed.

One symptom of the disease: Problems getting pregnant and maintaining pregnancy.

Another: Dry and patchy skin.

Suddenly, everything Egan had been experiencing – all the pain, all the anger, all the helplessness, all the disappointment – made perfect sense.

“I was like, ‘Holy [cow]!’” said Egan, who suffered two miscarriages during a 2½-year span. “I realized it was crazy. I had been trying to figure out the answers to my own health problems and didn’t have the tools and resources – despite seeing a doctor.

“I believe that if I had known about my thyroid and autoimmune condition earlier, I would have been able to seek treatment earlier and not had to endure nearly as much of the suffering as we did.”

Eventually, Egan was prescribed proper medication, became more cognizant of the food she was eating – she went gluten-free – and wound up giving birth to a son, Cooper, last August.

Along the way, Egan’s skin returned to normal.

It was during the painful process that Egan – the former CEO of global lifestyle brand Cynthia Rowley, who had also worked at cosmetics behemoth Estée Lauder – had an idea: What if she could give people like herself the tools to get to the bottom of their own skin issues?

“I was inspired to create a company, brand and platform that helps to empower women to understand more about their specific skin and bodies,” she said, “and hopefully not have to go through what I did.” 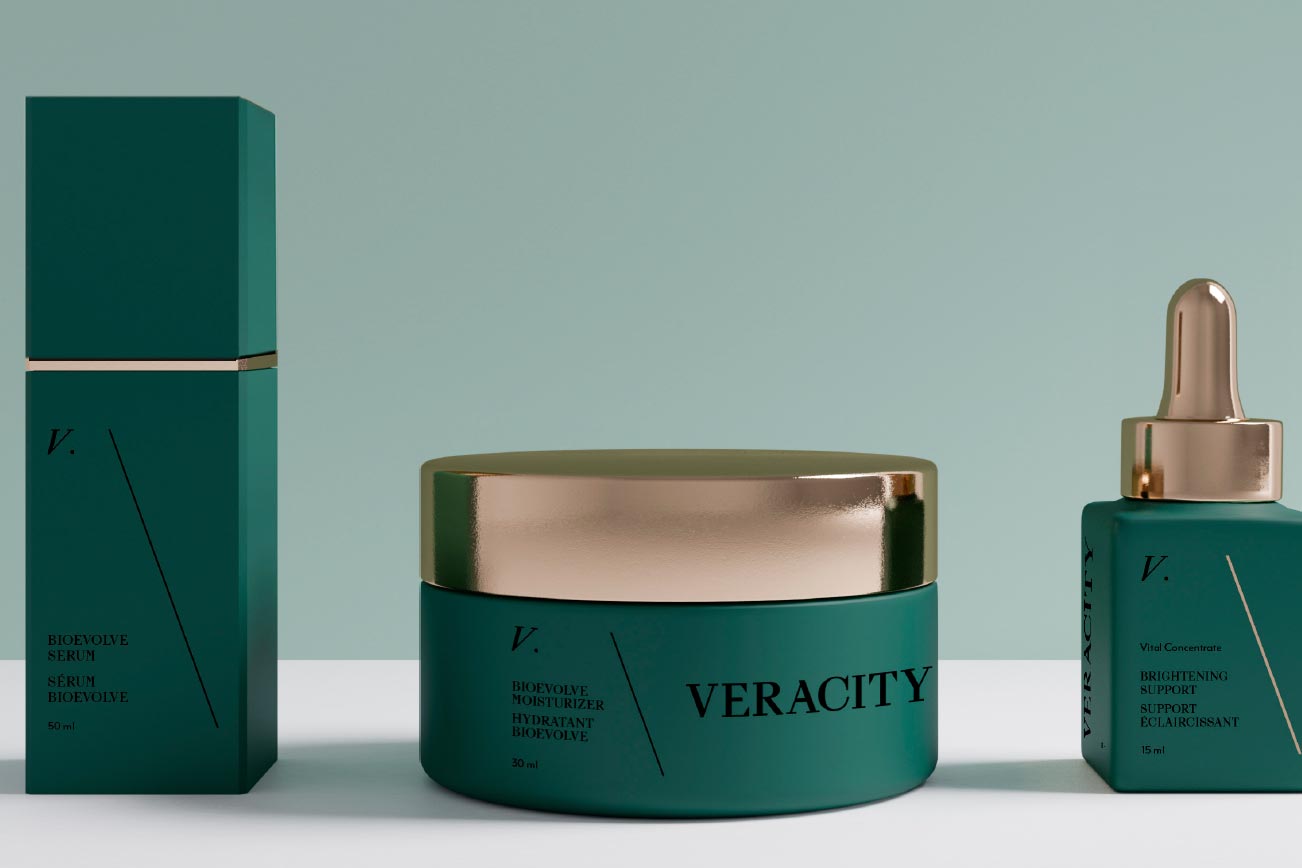 In early 2020, Egan launched Veracity, a skin care company that provides customers with at-home testing to gather data about the current state of their skin and health and offers products based on unique biofactors.

Instead of relying on things like age, skin type or race to determine a skin care routine, Veracity uses, well, science.

The company has a medical advisory board that includes experts across dermatology, obstetrics and gynecology, endocrinology, functional medicine and nutrition.

“I see us as being at the intersection of skin care, health care and wellness,” Egan said.

Veracity customers receive test kits, then ship a saliva sample back to scientists, who analyze it for six biomarkers that have been tied directly to skin health.

From there, Veracity creates a report on the biomarkers, detailing what they mean specifically to a person’s skin and overall health.

Veracity provides skin care product recommendations, as well as “actionable insights” into other areas of health, including diet and exercise.

“We are not a personal trainer or a dietitian,” Egan said, “but I think it’s important not to treat skin in a vacuum, but holistically. I don’t believe in general or unachievable ‘wellness proclamations.’ So, for example, we give you diet recommendations that are about adding discrete things and will provide your body nutrients it might be lacking, such as eating two brazil nuts a day.”

This month, Veracity began selling its Skin + Health test kits in advance of a line of skin care products it plans on making available in June. 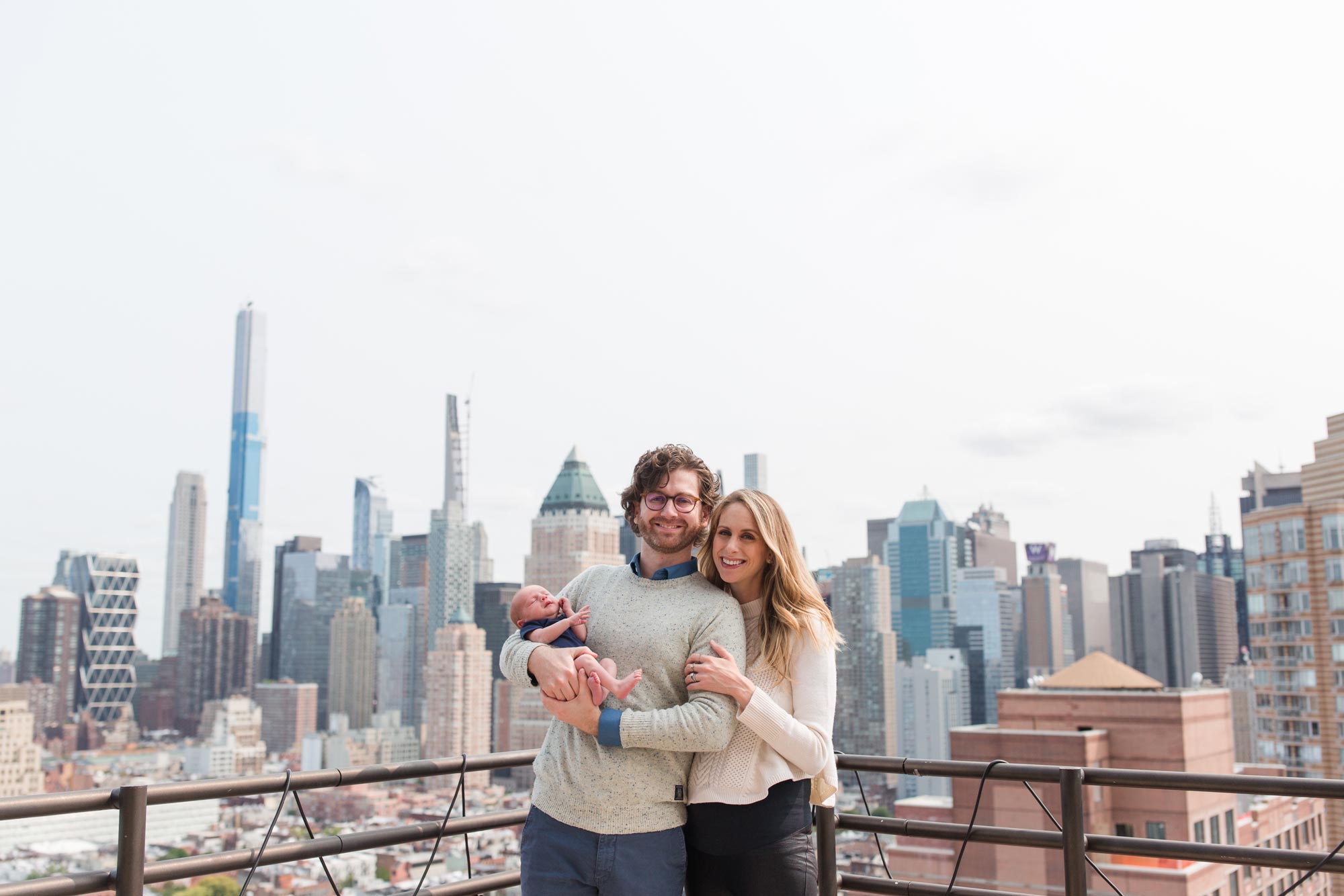 Egan said Veracity’s mission is to shed light on what’s actually going on inside people’s bodies so that they can make the best decisions for themselves, based on real data.

Egan knows as well as anybody how crowded the skin care space is, but feels Veracity is unique.

“In a way, we have lots of competitors, but in another way, nobody is doing what we’re doing,” she said.

“The way I think about it is there are a bunch of brands talking about personalization within skin care, but they’re all doing it on kind of like this quiz basis. They send you a quiz or there’s something on their website that asks, ‘What type of skin do you have?’ and ‘What zip code do you live in?’ To me, it relies on self-diagnosis.

“But the whole point of wanting personalization is because you don’t know and need assistance with that. So we are really the only ones in any way, shape or form who are using real objective data and testing in the skin care space, which is super exciting.”

Egan grew up in suburban Philadelphia. While at UVA on a summer abroad trip with a McIntire course taught by associate professor William Wilkerson, she met her future husband, Jim.

Jim Egan remembers the exact moment they met – at a Heathrow Airport gate.

While they didn’t begin dating until the spring semester of their fourth year, they became good friends.

“We had a lot in common,” Jim Egan said, “and got along very well.”

After graduating in 2008, Egan – whose maiden name is Biggar – moved to New York for what she thought would be a career in finance. She did a summer internship at Bear Stearns and planned to work there full-time – until the financial crisis struck.

She ended up working with a small financial consulting firm before moving on to investment bank Greenhill. While there, she realized she liked the consumer end of things. Subsequently, she went on to take a position focused on consumer retail at private equity firm Catterton (now L Catterton).

“I was looking at both new investments, as well as really working closely with our existing ones and helping CEOs and founders build and accelerate their businesses,” Egan said. “That’s what led me to my sort of a-ha moment of wanting to change careers and go more toward the brand-operating side.”

At Estée Lauder, she learned the ins and outs of the beauty and skin care industry by heading up three brands: Clinique, La Mer and Origins.

Then, as CEO of Cynthia Rowley, she helped take the business from a wholesale licensing distribution business model to a direct-to-consumer model.

Last year, Egan, buoyed by her personal experiences – and feeling like she had a good handle on the skin care landscape – decided she wanted to go out on her own.

“I've known Allie for over a decade and she’s on a small list of folks whom I would fund, no questions asked,” Law said. “When I wrote the first check, I did just that. At the time, she just had a vague sense of direction and that was enough for me.

“Allie is one of the most determined and hardest-working people I know.”

At a McIntire event, Egan met fellow McIntire alumna Nancy Twine, the founder and CEO of Briogeo Hair Care, and the youngest African American to launch a product line at Sephora. The two hit it off, with Twine choosing to invest in Veracity shortly after.

“So much of what you see on the outside manifests from what’s happening on the inside,” said Twine, when asked what she likes most about the company. “Veracity has the potential to disrupt customized skin care with insightful wellness and health knowledge that drives bespoke skin care solutions rooted in clean and efficacious ingredients.”

Egan can’t help but shake her head when she thinks about her past skin struggles.

“If I had known in 2014 what my issue was, I don’t know if I would have had to go to fertility treatments and this whole rigmarole,” she said. “I might have been able to understand what my issues were and get them under control naturally.

“I think that applies to the fertility space, but then so much more even beyond that. People only find out things are a problem when they’re a big problem. So if you can use your skin as a sign of your health, you can make more proactive change much earlier.”

An avid runner who has qualified for the Boston Marathon multiple times, Egan’s “strength, determination and drive” are what makes her truly special, according to Jim Egan.

“It was a very trying and difficult number of years,” said Egan, the co-head of securitized product strategy at Morgan Stanley. “To be where we are now … I couldn’t be more proud of her. I couldn’t be more completely blown away by what she’s been able to accomplish.”

Allie Egan said launching a business during a global pandemic has had its challenges, but the flip side is that it has allowed her to work from home and be with Cooper, who recently turned 5 months old.

“He’s a mini-perfectionist, like his mom probably,” Egan said with a laugh. “He’s a pretty easy baby. He’s fun-loving. He thankfully started sleeping through the night at 11 weeks – so we got really lucky there. And he wears lots of UVA gear, as you can imagine.”

Egan said the joy of motherhood has been everything she envisioned.

“I don’t even know how to summarize it,” she said. “For all of these other things that I’ve done in life and achieved, this is just the best one and it just keeps getting better as he grows up and becomes his own little person. I’m just so happy.”