Invasive Fire Ants Limiting Spread of Meat Allergy, But Pose Their Own Dangers Invasive fire ants with a nasty bite are limiting the spread of a dangerous meat allergy, new research suggests. But it’s not all good news, as the ants themselves can also cause severe allergic reactions.

University of Virginia School of Medicine researchers and their collaborators made the discovery while seeking to understand the scope of the “alpha-gal” meat allergy in the United States. Spread by the bite of the lone star tick, the allergy causes people to develop potentially severe allergic reactions to mammalian meat, including beef and pork.

The allergy is commonly seen throughout the Southeast, the Mid-Atlantic and the Midwest, but rarely in the Gulf Coast and Texas. That is likely caused by the steady expansion of fire ants accidentally imported from South America in the 1930s, the researchers conclude.

But the ants are no heroes, as their bites can be very painful and cause severe allergic reactions. In some cases, the bites can cause life-threatening anaphylaxis. That’s in addition to the dangers the ants pose to animals and crops. And the strong-jawed insects are marching relentlessly northward. 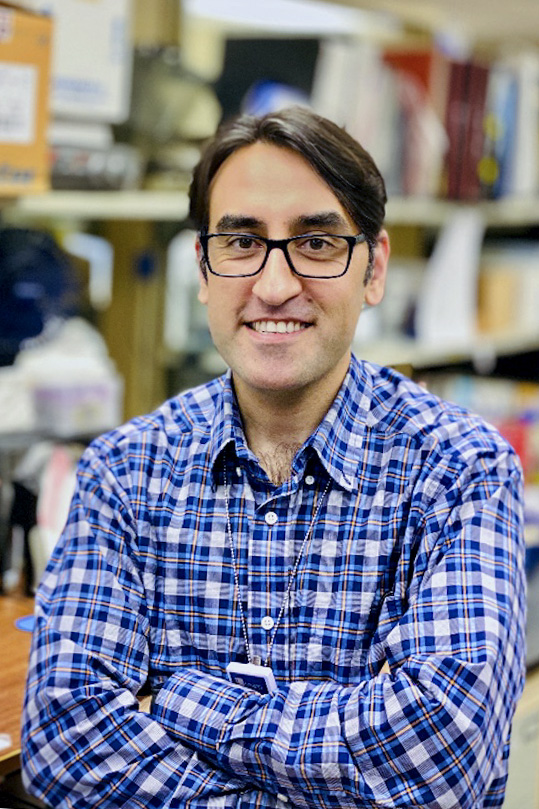 “We did not set out to study fire ants, but when the number of alpha-gal cases in the Gulf Coast was consistently lower than we expected, the fire ant emerged as an interesting explanation,” said UVA researcher Behnam Keshavarz, a co-first author of a new scientific paper outlining the discovery.

Mapping Out the Alpha-Gal Meat Allergy

The meat allergy was first identified more than a decade ago by UVA’s Dr. Thomas Platts-Mills, an internationally renowned allergist. Since then, he and his colleagues have shed light on how and why the tick’s bite causes people to develop allergic reactions to a particular sugar, alpha-gal, present in meat and other mammalian products. The symptoms can include itchy rashes, nausea and difficulty breathing. Severe reactions can progress to anaphylaxis if untreated.

Until now, there has been little examination of the geographic scope of the allergy in the United States. The UVA researchers set out to change that. They surveyed allergists across the country to map out cases of the meat allergy. They also tested blood samples from two different geographic areas where it was particularly prevalent. The latter was important to show that the allergy is “immunologically similar” across the country.

The researchers found the meat allergy was common in significant portions of at least 14 states. Eleven states had at least one allergist report more than 100 cases in their practice: Alabama, Arkansas, Georgia, Kentucky, Maryland, Missouri, New York, North Carolina, Oklahoma, Tennessee and Virginia.

In contrast, six of 10 allergy practices in Eastern Texas – the domain of the invasive fire ant – reported no cases of the meat allergy at all.

Oddly, there were an unexpectedly high number of cases in an area of Minnesota where the lone star tick is not thought common. Three separate providers in the northern portion of the state reported at least five cases of the meat allergy, with one reporting more than 40.

That, the UVA researchers note, may suggest there are more lone star ticks in the area than thought – or perhaps that another tick or even other parasite is spreading the meat allergy. Other species of ticks are known to cause the allergy outside North America. 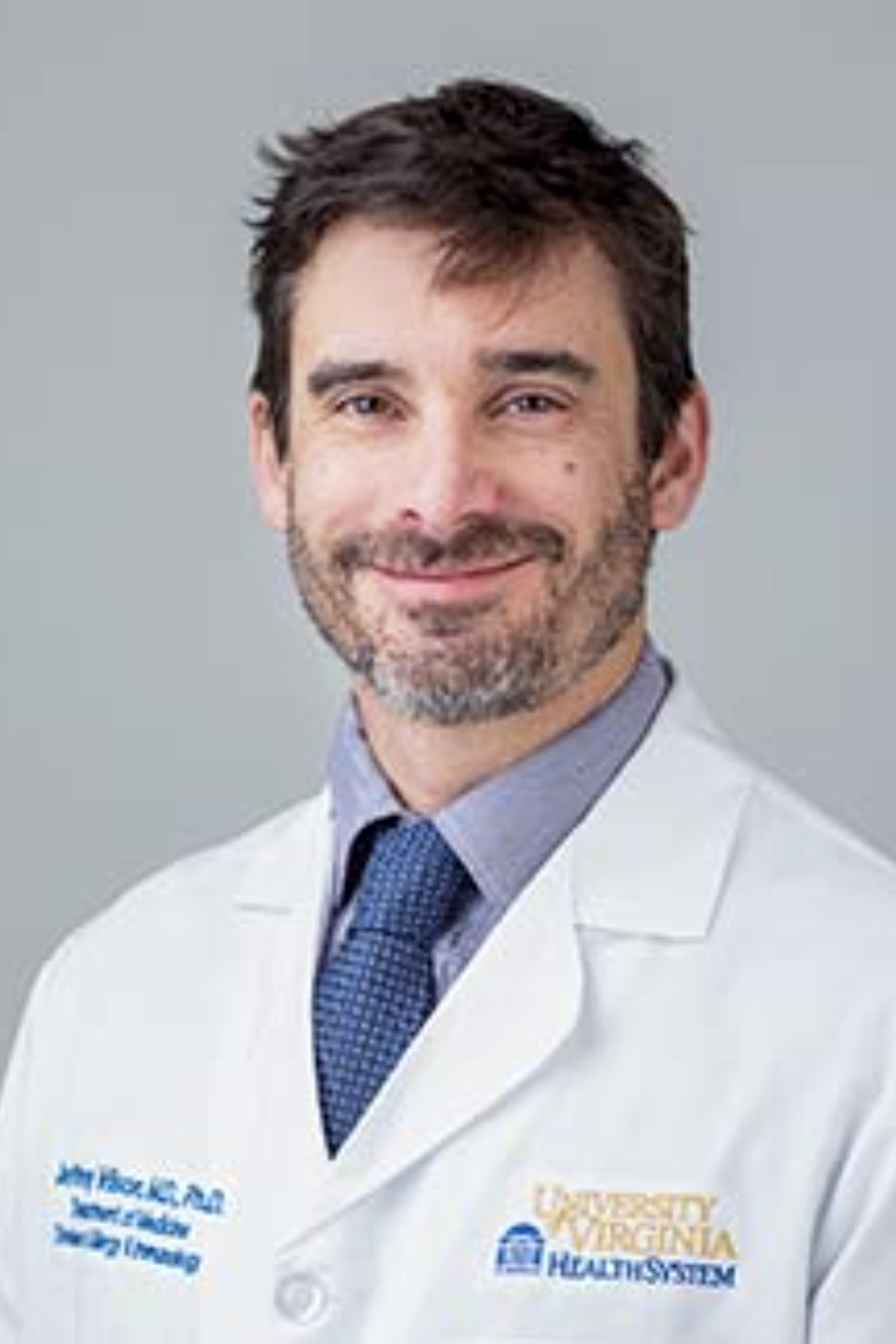 “The best evidence is that lone stars are the dominant cause of the alpha-gal meat allergy in North America,” co-first author Dr. Jeffrey Wilson said. “That said, we wouldn’t be surprised if other ticks, chiggers or even other kinds of parasitic organisms can occasionally contribute to allergic sensitization to alpha-gal.”

After collecting reports of the meat allergy from 44 states, the researchers were surprised to see few cases in the Gulf Coast or Texas. This was unexpected because the lone star tick is usually reported on Centers for Disease Control maps of the area.

After considering potential explanations, the researchers again surveyed many of the same allergists about allergic reactions caused by the fire ant. They overlaid their results, and the results showed a striking, inverse relationship: Areas with the most fire ant cases had the lowest presence of the meat allergy.

That suggests that the fire ants are either preying on or somehow competing with the ticks, limiting the spread of the meat allergy, the researchers say. They also identified an increasing number of allergy cases caused by the fire ants. This likely will continue as the fire ants spread north, they report.

The spread should help control the number of meat allergy cases in the Southeast and Mid-Atlantic, they predict. But it also likely will lead to an increase in allergic reactions caused by the fire ant.

“These are two arthropod-related allergic diseases that are connected with each other,” Platts-Mills concludes. “The situation is unique because we think we can predict how both will change over time.”

To read about one person’s experiences with the meat allergy, visit UVA’s Making of Medicine blog.

The researchers published their findings in the Journal of Allergy and Clinical Immunology. The research team consisted of Wilson, Keshavarz, Maya Retterer, Lisa J. Workman, Alexander J. Schuyler, Emily C. McGowan, Charles Lane, Alaaddin Kandeel, Jane Purser, Eva Ronmark, Joseph LaRussa, Scott P. Commins, Tina Merritt and Platts-Mills. Platts-Mills and Merritt have a patent on a test for the meat allergy, while Wilson has received funding from Thermo Fisher/Phadia. A full list of disclosures is included in the paper.

The research was supported by the National Institutes of Health, grant R37 AI-20565.

A Year We Will Never Forget: 2019-20 in Review END_OF_DOCUMENT_TOKEN_TO_BE_REPLACED

‘What Will You Carry With You?’ Remarks From UVA President Jim Ryan END_OF_DOCUMENT_TOKEN_TO_BE_REPLACED