Exercise can slow or prevent the development of macular degeneration and may benefit other common causes of vision loss, such as glaucoma and diabetic retinopathy, new research suggests.

A study from the University of Virginia School of Medicine found that exercise reduced the harmful overgrowth of blood vessels in the eyes of lab mice by up to 45%. This tangle of blood vessels is a key contributor to macular degeneration and several other eye diseases.

The study represents the first experimental evidence showing that exercise can reduce the severity of macular degeneration, a leading cause of vision loss, the scientists report. Ten million Americans are estimated to have the condition.

“There has long been a question about whether maintaining a healthy lifestyle can delay or prevent the development of macular degeneration. The way that question has historically been answered has been by taking surveys of people, asking them what they are eating and how much exercise they are performing,” said researcher Bradley Gelfand of UVA’s Center for Advanced Vision Science. “That is basically the most sophisticated study that has been done. The problem with that is that people are notoriously bad self-reporters … and that can lead to conclusions that may or not be true. This [study] offers hard evidence from the lab for very first time.”

The Benefits of Exercise

Enticingly, the research found that the bar for receiving the benefits from exercise was relatively low; more exercise didn’t mean more benefit. “Mice are kind of like people, in that they will do a spectrum of exercise. As long as they had a wheel and ran on it, there was a benefit,” Gelfand said. “The benefit that they obtained is saturated at low levels of exercise.” 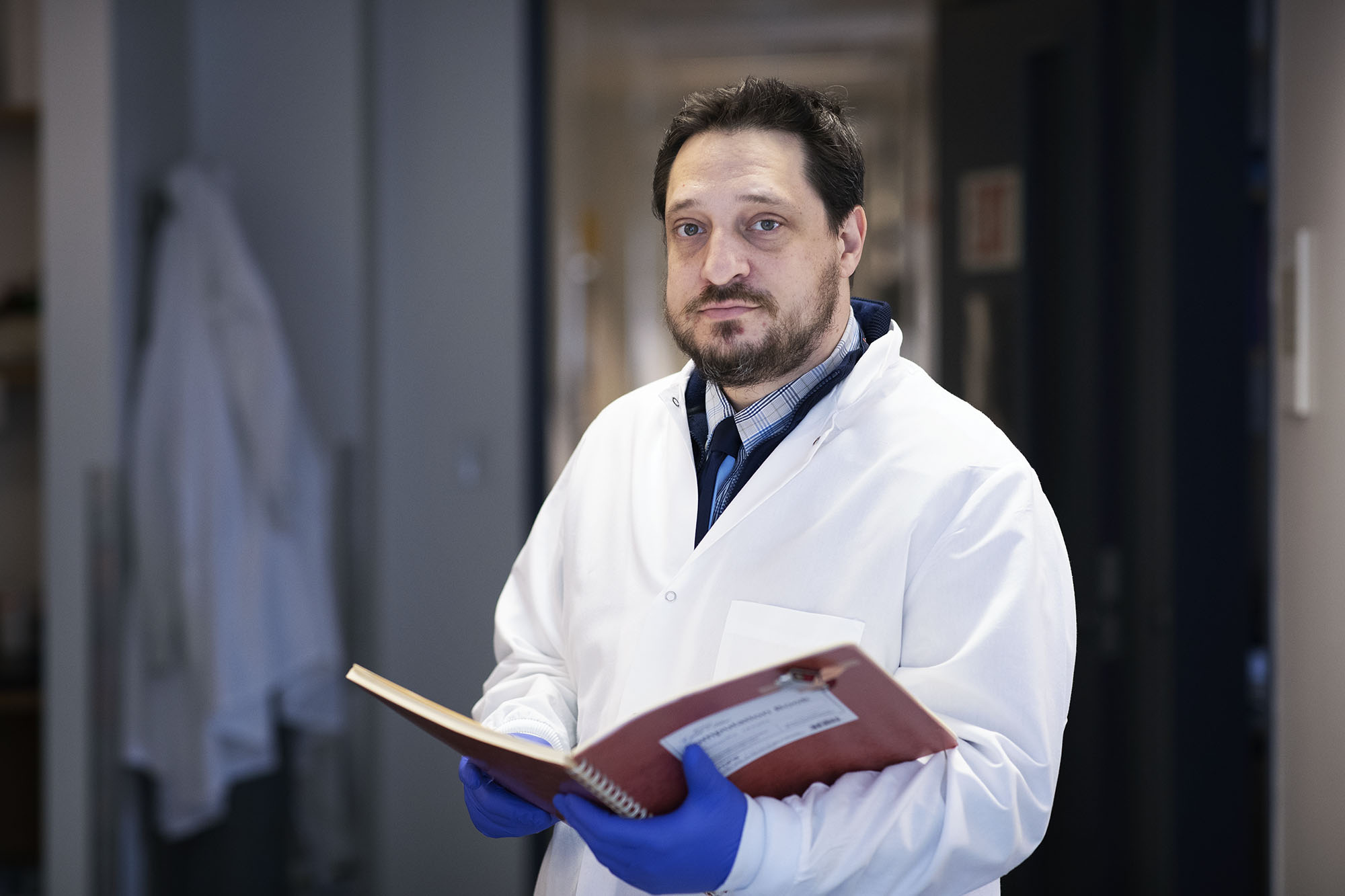 An initial test comparing mice that voluntarily exercised versus those that did not found that exercise reduced the blood vessel overgrowth by 45%. A second test, to confirm the findings, found a reduction of 32%.

The scientists aren’t certain exactly how exercise is preventing the blood vessel overgrowth. There could be a variety of factors at play, they say, including increased blood flow to the eyes.

Gelfand, of UVA’s Department of Ophthalmology and Department of Biomedical Engineering, noted that the onset of vision loss is often associated with a decrease in exercise. “It is fairly well known that as people’s eyes and vision deteriorate, their tendency to engage in physical activity also goes down,” he said. “It can be a challenging thing to study in older people. … How much of that is one causing the other?”

The researchers already have submitted grant proposals in hopes of obtaining funding to pursue their findings further.

“The next step is to look at how and why this happens, and to see if we can develop a pill or method that will give you the benefits of exercise without having to exercise,” Gelfand said. “We’re talking about a fairly elderly population [of people with macular degeneration], many of whom may not be capable of conducting the type of exercise regimen that may be required to see some kind of benefit.” (He urged people to consult their doctors before beginning any aggressive exercise program.)

“One reason I wanted to do this study was sort of selfish. I was hoping to find some reason not to exercise. It turned out exercise really is good for you.”

Gelfand, a self-described couch potato, disclosed a secret motivation for the research: “One reason I wanted to do this study was sort of selfish. I was hoping to find some reason not to exercise,” he joked. “It turned out exercise really is good for you.”

The researchers have published their findings in the scientific journal IOVS. The research team consisted of Ryan D. Makin, Dionne Argyle, Shuichiro Hirahara, Yosuke Nagasaka, Mei Zhang, Zhen Yan, Nagaraj Kerur, Jayakrishna Ambati and Gelfand, who holds appointments in both UVA’s School of Medicine and School of Engineering. Ambati is a founder of iVeena Holdings, iVeena Delivery Systems and Inflammasome Therapeutics and has provided consulting services to Allergan, Immunovant, Olix Pharmaceuticals, Retinal Solutions and Saksin LifeSciences unrelated to the findings. Ambati, Gelfand and Kerur are named as inventors on macular degeneration patent applications filed by UVA and the University of Kentucky.

A Year We Will Never Forget: 2019-20 in Review END_OF_DOCUMENT_TOKEN_TO_BE_REPLACED

‘What Will You Carry With You?’ Remarks From UVA President Jim Ryan END_OF_DOCUMENT_TOKEN_TO_BE_REPLACED