Everything We Think We Know About Drinking Water May Be Wrong Do you get up from your desk at work to refill your water bottle every time it runs out – even if you’re not thirsty?

For years, people have lived under the assumption that there’s no such thing as drinking too much water, and that water is a cure-all for an array of problems – from our moods, to our skin, to our diets.

But in a recent article in The New York Times, Dr. Mitchell Rosner, chair of the University of Virginia’s Department of Medicine, said there is no evidence that a little bit of dehydration affects anybody’s performance.

He added that if you’re sitting at a desk, it’s best to drink water only when you’re feeling thirsty. In fact, drinking too much water can have dangerous consequences. 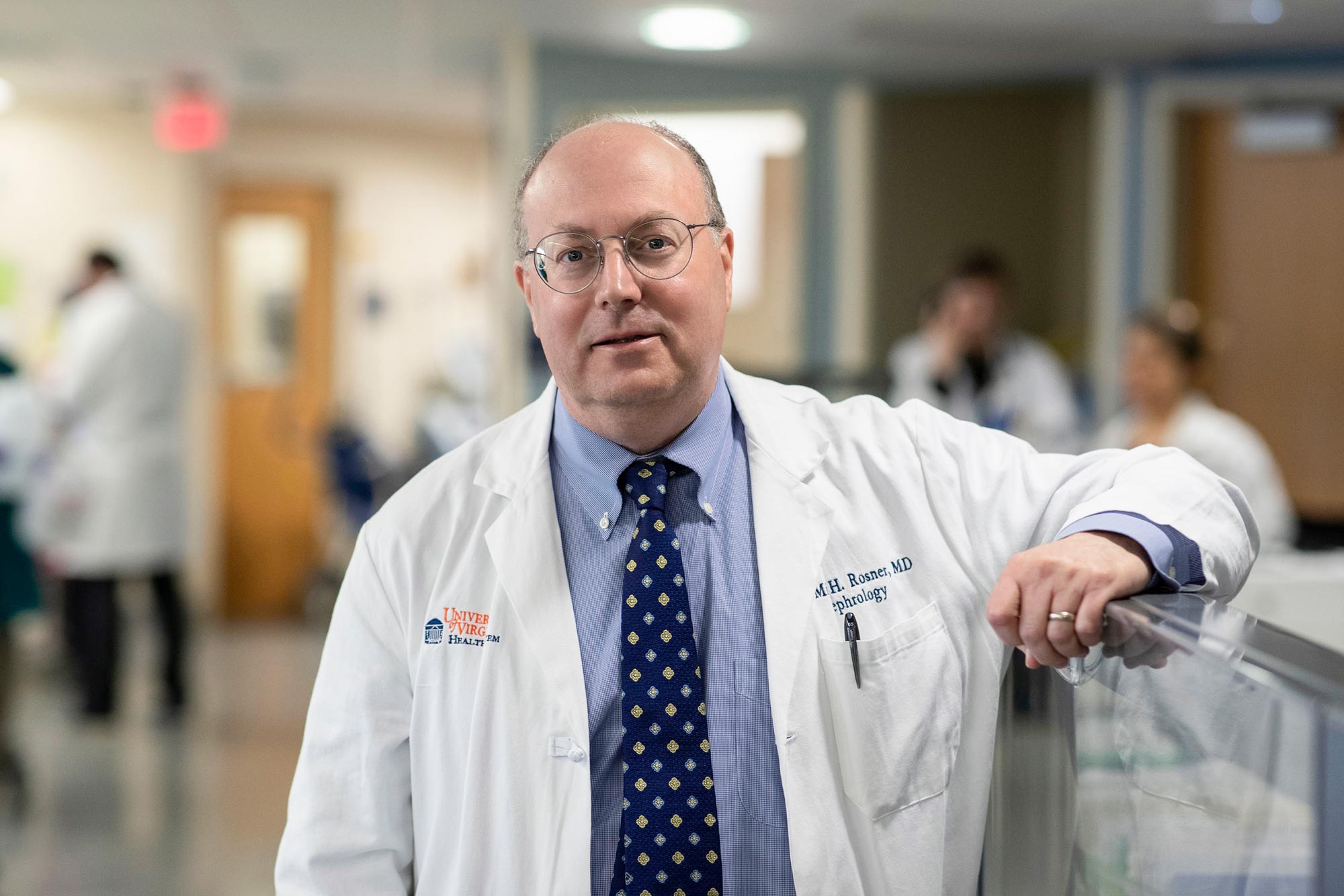 As UVA President Jim Ryan is wont to say, “Wait, what?”

UVA Today caught up with Rosner – a nephrologist with a clinical focus on fluid and electrolyte disorders, acute kidney injury and polycystic kidney disease, whose research as part of the UVA Kidney team has led to important advances in many areas of kidney disease – to learn more.

Q. In your opinion, how do you think people came to be so water-obsessed, especially if, as you say, there’s no evidence correlating to performance?

A. In my opinion, there are several things that have contributed to our water obsession. Some of this comes from some exercise lab studies done in 1969 and afterward that suggested that dehydration (more than a 2% loss in body weight) was associated with decreases in performance and higher body temperatures, especially in the heat.

Interestingly, field studies with actual athletes are much more controversial and more often show that there is little relationship with modest degrees of dehydration and performance. In fact, some of the fastest marathon times are in athletes who drink very little.

Perhaps, more important than the conflicting scientific evidence is the strong marketing effect for sports beverages and bottled water that began in the 1990s, along with a recommendation from the American College of Sports Medicine in 1996 that focused on higher fluid intakes and drinking as much as tolerated. This recommendation also popularized the claim that you should drink before exercise and stay ahead of dehydration. The marketing efforts have been highly effective and I think are likely the greatest contributor to current behaviors.

When you think about it, what better way to sell water and sports beverages than to claim you should drink before you get thirsty, even though there is no evidence for this claim and it is potentially dangerous and can lead to overhydration and a lowering of the blood sodium concentration?

Q. Is there a recommended amount of water that a person should drink on a daily basis? Do how much you weigh and your overall level of physical activity play into it?

A. I am always hesitant to give a specific amount of fluid intake that is “right” for someone.  There are so many variables involved, such as your activity level, fitness, ambient temperature and sweat rate, that blanket recommendations don’t make much sense.

More important, we should recognize that dehydration is not a disease. If you are exercising or doing other daily activities and you are not drinking then, at some point, you get thirsty. Thirst is our bodies’ way of telling you to drink. Thirst has evolved in the animal kingdom over millions of years and is a very effective way to prevent dehydration.

The notion that you should drink to prevent thirst makes no sense. Humans don’t need to be told when and how much to drink (except in rare medical circumstances). Thirst is our innate hydration sensor.

Q. How does someone know if they’re truly dehydrated and in need of water? Are there telltale signs and symptoms?

A. Once again, thirst is a great hydration sensor and the key is to listen to your body and respond accordingly. More severe forms of dehydration may be associated with dizziness, light-headedness, low blood pressure, fast heart rates and other symptoms, but these symptoms are not likely to happen in the course of a normal day in class or with moderate exercise, as we typically would not get this dehydrated, especially if you drink when thirsty.

Q. Does it matter what times of the day you’re consuming water?

A. No, not that I know of. Obviously, if you are out in the hot sun exercising vigorously, then you are likely going to need fluids around this event. But otherwise, I would keep with the recommendation of drinking when thirsty and keeping it simple.

Q. What are the dangerous consequences associated with overhydration that you alluded to in the New York Times piece?

A. Water intake can sometimes be so great that it overwhelms the kidneys’ ability to excrete it, and that leads to dilution of the blood sodium level. Due to shifts in water between the blood and cells that occur when sodium levels fall (a condition named hyponatremia), cells can swell – and this is especially worrisome in the brain, where the skull limits the capacity for this swelling and leads to rises in pressure in the brain. This eventually leads to a range of symptoms that can be mild, such as a headache and nausea, or more severe, such as a seizure or death.

Sadly, each year there are several deaths due to this condition that are completely avoidable.

Q. The Times piece mentioned that coffee, tea and beer are actually hydrating beverages. In that vein, do we know if water is even the best way to hydrate yourself?

A. Water is absolutely fine and can be the least-expensive and most accessible fluid. Whether other beverages or sports drinks are better than water in keeping people hydrated is highly debatable and controversial. The bottom line is that water is perfectly acceptable and effective.

What Is the ‘4th Side’? END_OF_DOCUMENT_TOKEN_TO_BE_REPLACED