Do You Miss Hugging? Psychology Can Tell You Why After nearly 11 months with no physical contact because of the pandemic, I stopped by a friend’s home on a January afternoon. It was a dreary Friday and we stood six feet away from one another in her back yard, wearing our bulky winter coats. Our eyes met, their surrounding creases suggesting smiles behind our protective masks. Our arms instinctively extended to one another before we stopped.

That’s where the physicality ended. There was no warm embrace. No pat on the back. It felt … sad.

Hugging and shaking hands, human beings’ bond-building blocks, have become taboo – in fact, dangerous – because of COVID-19. Their absence has left a void that James Coan, a professor of clinical psychology at the University of Virginia, said can lead to physical deficits.

Coan, who directs the Virginia Affective Neuroscience Laboratory and is an expert in how the brain manages emotional regulation, shared his expertise with UVA Today.

Q. Why are hugs so powerful?

A. One of the first things about a hug that’s really, really powerful is that it’s one of the most unambiguous signals that you’re not alone. There’s nothing that makes it clearer that someone is with you than someone pressing their body against yours. And, your brain really likes to know that you’re not alone.

Q. Why does your brain like to know you are not alone?

A. Because over evolutionary time, being alone for a human was pretty close to a death sentence. We are so intensely social that we look for signals that our social resources are available. And when we’re touching someone, that signal is really strong.

Q. What happens in the brain and in the body when that signal is activated? That is to say, when you’re hugging someone?

A. Well, there are a bunch of things that happen and they’re all related. One of the reasons that hugging is so wonderful is because it allows us to conserve body heat. And body heat is, for a mammal, a really expensive thing to generate. Because we’re mammals, we need to have our core body temperature maintained within a very, very, very tight, stable window. If you get a little too hot, that’s a fever; get a little bit too cold and you start shutting down. So, we have to maintain our core body temperature. And there are a lot of theories that all mammals wound up being able to evolve a constant core body temperature by huddling. 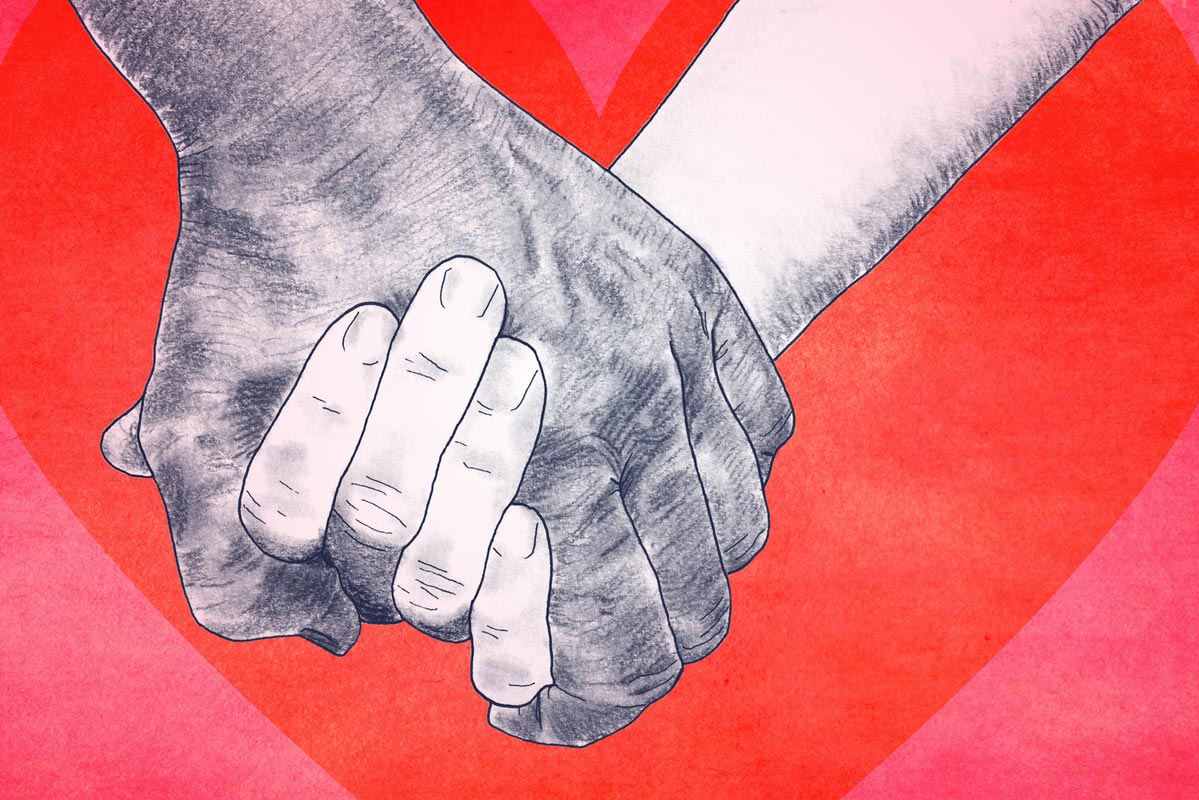 So, all of this is to say that our brains know this. We don’t think to ourselves, “Oh, this is such an awesome experience conserving my core body temperature.” When we’re hugging someone, we just go, “Oh, this feels nice.”

It also feels nice because we are reminding our brains that we have a partner of some kind, whether it’s a friend, a coworker, a family member, a relational partner, whatever it is. The hug is a reminder that that resource, that person, is there with us.

Q. Beyond the feel-good affect, are there other things hugs do for the human body?

A. When you’re hugging someone, it allows your brain to do sort of maintenance things like fixing your leaky roof, shoring up your immune functioning, that sort of thing, rather than using its resources to be vigilant for potential danger. So, hugging partly feels good because it’s warm and is the sensation of conserving our core body temperature, but also because it’s reminding our brain that it doesn’t have to be as afraid of the world. And when that happens, it will stop devoting its resources to watching out for potential dangers. And when that happens, it can take those resources and put them into keeping us healthier: growing hair, repairing damaged tissue, fighting off infection.

“When you’re hugging someone, it allows your brain to do sort of maintenance things like fixing your leaky roof, shoring up your immune functioning, that sort of thing, rather than using its resources to be vigilant for potential danger.”

Q. How long do you have to hug to get those benefits you describe?

A. Oh, I think they kick in more or less right away. Of course, it depends on who it is. If it’s someone that you know and love and trust, the benefits are essentially immediate. If you’re wondering, “How much of a hug dose do I need?” The answer is, if you have the time, just hug until you don’t want to hug anymore. You can’t overdose on hugs.

Q. What is society missing out on right now, not being able to hug most people?

Q. So what can we take comfort in if we can only hug the people in our bubbles?

A. You know, we’re talking about hugging here, but seriously, the issue is much, much, much broader than that.

I’m a bit extroverted, but it doesn’t matter. If I were introverted, it would be the same. Because your brain is getting a constant, slow drip of reassurance that you are embedded within a social network that will be there for you if you need it, and that’s making you less stressed.