In the mushrooming quantity of data generated by modern society, the University of Virginia sees an opportunity for accomplishing good. UVA’s Data Science Institute serves as a hub around which researchers can probe and analyze massive data sets to glean insight that could help solve thorny problems and improve the quality of life.

“Data science is touching everything we do,” said Philip E. Bourne, director of the Data Science Institute and Stephenson Chair of Data Science. “The ability to analyze a large body of relevant data has a positive benefit for society. The projects we support have the potential to impact people’s lives in real and precise ways.”

Here is sample of the many projects UVA’s Data Science Institute supports.

Every 10 minutes, about 15 people across the United States suffer a stroke. And in the “stroke belt,” a swath of Southern states from Texas to West Virginia, stroke rates are about 40 percent higher than the national average.

Ahmed Abbasi, director of the Center for Business Analytics at UVA’s McIntire School of Commerce and an associate professor of information technology, is working with a multidisciplinary team of researchers at seven Southern universities in an effort to identify and help at-risk individuals in the region. Over the course of several years, the team has been conducting interviews and surveys with stroke patients and is using text and psychometric analysis models to identify patterns and risk factors.

“The projects we support have the potential to impact people’s lives in real and precise ways.”
- Philip E. Bourne,
Director, Data Science Institute

With a National Science Foundation grant, they are using that data to develop a mobile-based patient platform that, when paired with wearable devices, can track warning signs and alert patients and physicians to possible, sometimes imminent problems.

“The problem will not be solved overnight, but we believe a patient-empowered perspective is crucial to enhancing the clinical view,” Abbasi said. “The journey is challenging, but the destination is worth the effort.”

How do you tell if someone is calm, excited, or sad? Humans communicate nonverbally through the expressive qualities of movements, and also through non-verbal aspects of voice. The pitch, volume and speed of our speech can tell listeners about our emotional state. What if robots could also move expressively?

A collaboration between roboticists and musicians at UVA aims to give robots an expressive “voice” so that robots will be able to better interact with and work alongside humans in various settings, such as manufacturing, health care or the home. 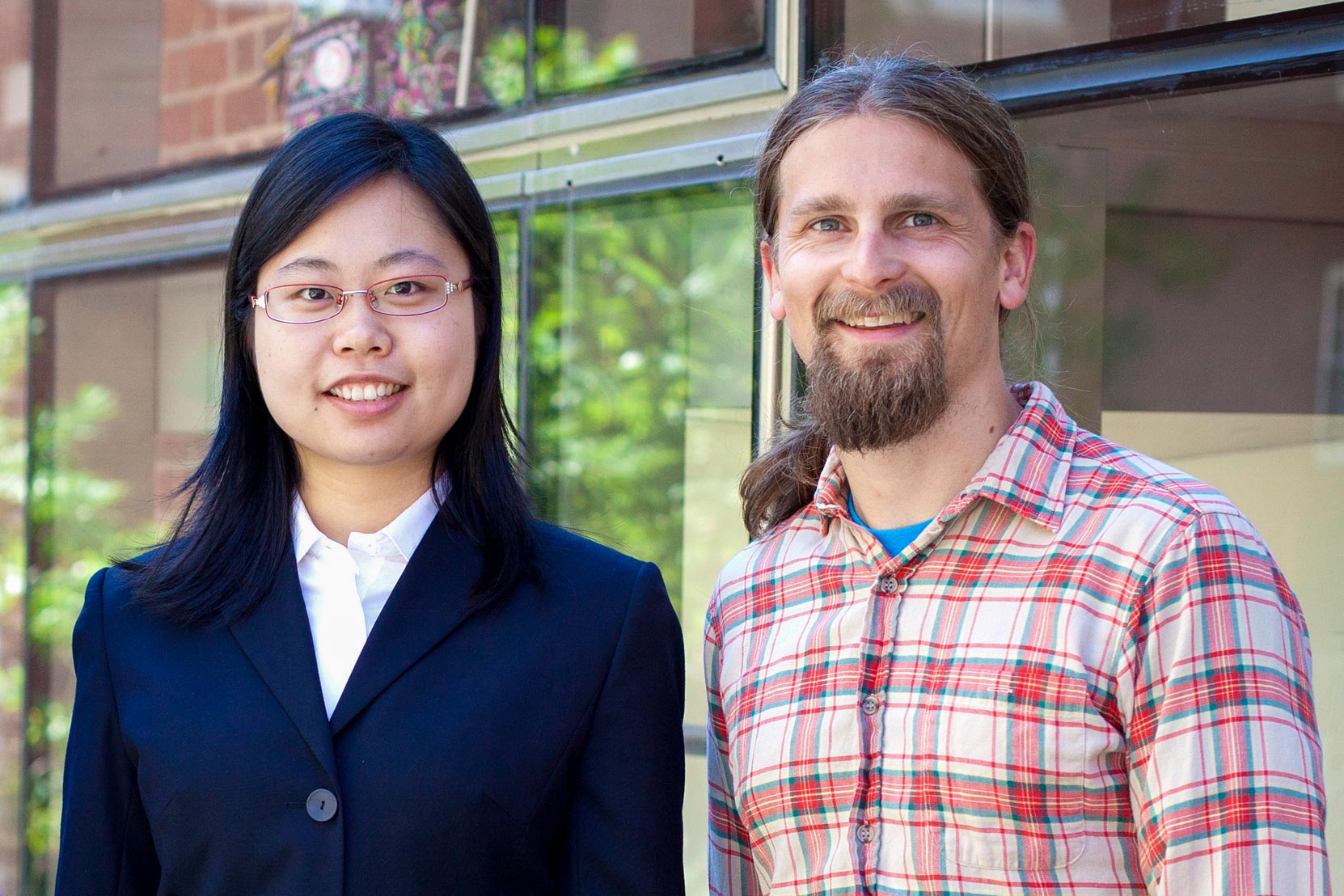 Big data’s role? “We recorded musicians making expressive sounds to match the qualities of expressive movements,” said Lin Bai, a Ph.D. candidate in electrical and computer engineering who is partnering on the project with Jon Bellona, a Ph.D. candidate in music. “Using signal-processing and statistical tools, we are analyzing various qualities in these sounds in order to understand how sonic features map to features of movement.”

Bai and Bellona, both Presidential Fellows in Data Science, will validate their findings through a large study to test whether the mappings lead to more accurate perception of expressive qualities in robotic movement.

Newborn blood screening identifies metabolic and hereditary disorders, such as sickle cell disease, in about 12,500 infants in the U.S. each year, ensuring that babies with problems get early interventions to put them on the road to better health.

But blood samples for metabolic and hereditary disorders must (by the Code of Virginia) be submitted by hospitals to state labs for testing, and this doesn’t always happen in a timely manner, due to inconsistent quality controls. And state labs have limited resources for automating data analytics, losing the opportunity to gain insights from data.

A team of UVA researchers – led by Christopher Patrick and Hampton Leonard, graduate students in data science – is working to improve the process in Virginia with innovative data visualization tools. Already they have helped the state’s laboratory agency, the Division of Consolidated Laboratory Services, visually communicate performance metrics to hospitals, reducing from hours to minutes the time it takes to produce a “report card.” And the team has provided the agency with a mapping tool to visualize disease distribution across counties.

“These analytics tools, and others we are developing, will hopefully allow the state to better target resources to areas of greatest need, as well as to better understand the impact of screening protocols, with the ultimate goal of maximizing the health and well-being of Virginia’s infants,” Patrick said.

Understanding How Social Media Is Used to Radicalize Women

Terrorist groups are using professionally designed social media campaigns to recruit women from around the world. How do they succeed?

A UVA project, funded by the National Institute of Justice and in collaboration with the FBI’s Counter-Terrorism Behavioral Analysis Unit, is working to identify and study the online communications used by different types of terrorist groups in radicalizing a cohort of terrorist-involved females who have lived in one of the five Western nations that cooperate on intelligence-gathering and sharing. These countries, collectively called the “Five Eyes,” are the United States, Australia, Canada, New Zealand and the United Kingdom.

Led by psychiatry professor Janet Warren, the researchers are using social media and text analytics developed by Don Brown, the founding director of the Data Science Institute, and eye-gaze tracking techniques created in the School of Engineering and Applied Science’s Human Factors Laboratory.

“The information we gather and analyze will be used to identify risk factors that are associated with the decision by some women to travel to join terrorist groups or support civilian violence at home, and ultimately to generate positive counter-narratives designed to reduce or negate the appeal of these messages,” Warren said.

A Path to a Cure for Type 1 Diabetes

Type 1 diabetes, usually diagnosed in children and young adults, is a chronic and often life-shortening disease. It occurs when the immune system kills beta cells in the pancreas, causing this organ to produce little or no insulin, a hormone that regulates sugar in the blood. People with type 1 diabetes rely on insulin injections, often several per day, to stabilize their blood sugar levels. Despite this glucose control, they often experience significant low and high blood sugar levels, which can lead to serious side effects, including comas and damage to the heart, kidney, eye and nervous system.

UVA is seeking a cure for type 1 diabetes by building on world-leading strengths in genomics, technology and cell therapy, and a growing strength in immunology, using a $17 million strategic investment for a project called PrIMed. 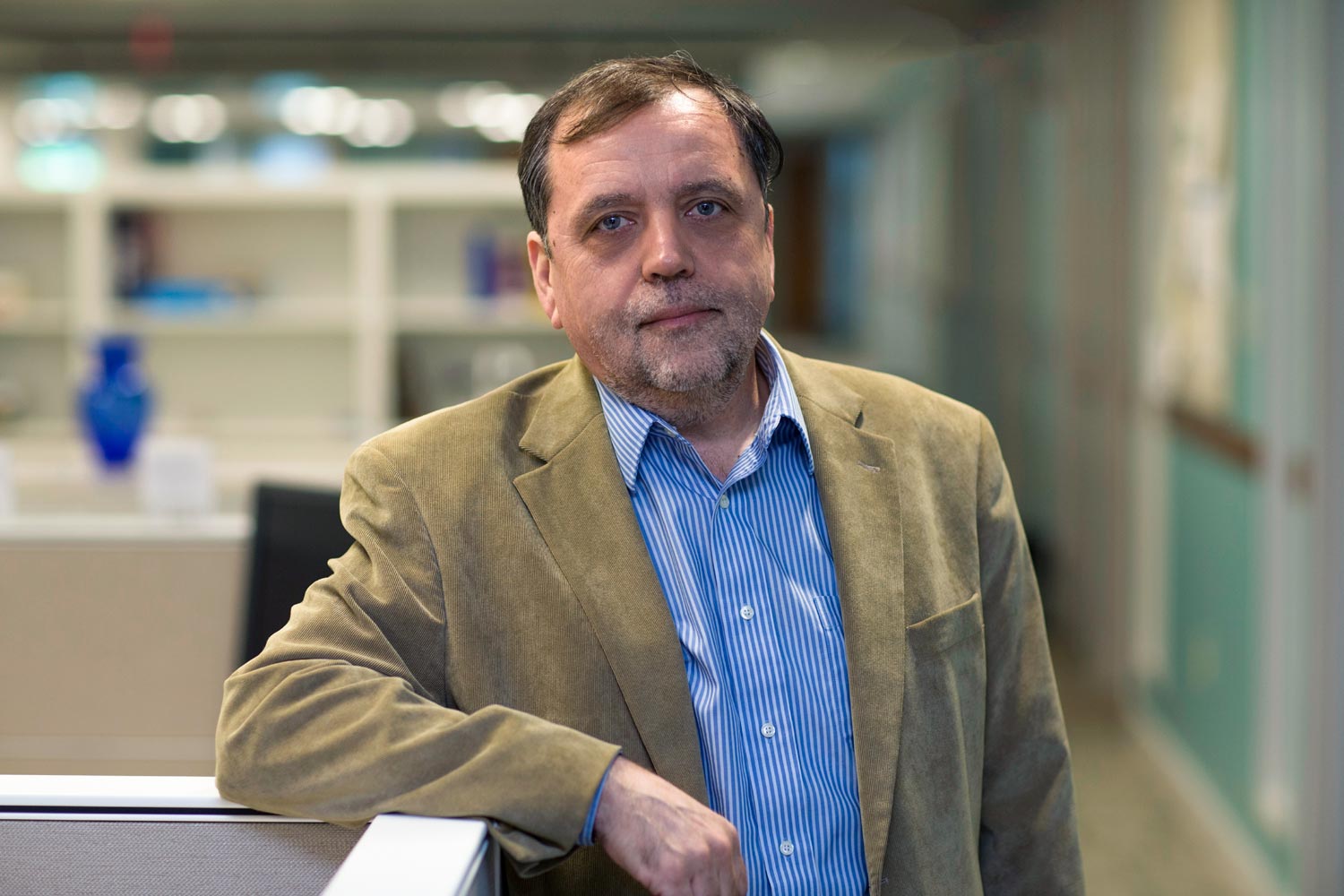 A team of researchers, led by Boris Kovatchev, director of UVA’s Center for Diabetes Technology, and Stephen Rich, director of UVA’s Center for Public Health Genomics, is establishing a statewide genetic screening network for the disease; using data analytics to better understand it; establishing a graduate program in the field; launching a state-of-the-art clinical center to bring new technology to patients, including an artificial pancreas; and seeking a true cure through emerging therapies.

“UVA is uniquely positioned to aim high and end the challenge of living with type 1 diabetes,” Kovatchev said.