In the early days of the COVID-19 pandemic, doctors in Wuhan, China, noticed something surprising. Many of the elderly patients who survived the virus were poor – not exactly the demographic you would expect to fare well in a health crisis.

A review of the survivors’ medical records revealed that a significant number suffered from chronic heartburn and were taking an inexpensive drug called famotidine, the key ingredient in Pepcid. (Wealthier patients tended to take the more costly drug omeprazole, found in Prilosec.)

This is how many medical studies begin, said biomedical engineering professor Phil Bourne, the founding dean of the University of Virginia’s School of Data Science. “There’s often a phenomenon that doctors report anecdotally, or that’s mentioned in passing in a particular research paper, and that provides a clue – a hook,” he said.

Typically, to find out whether a drug is effective in treating a particular medical condition, scientists develop prospective clinical trials. But this method is expensive and can take years, Bourne pointed out. When faced with a global pandemic, it’s helpful to explore other options.

That’s where data scientists come in. Bourne and UVA senior scientist Cameron Mura worked with an international team of researchers to analyze information from a database that holds the medical records of millions of COVID-19 patients living in 30 different countries. The team winnowed that number down to around 22,000 people, the largest sample size for a study on famotidine and the disease to date. 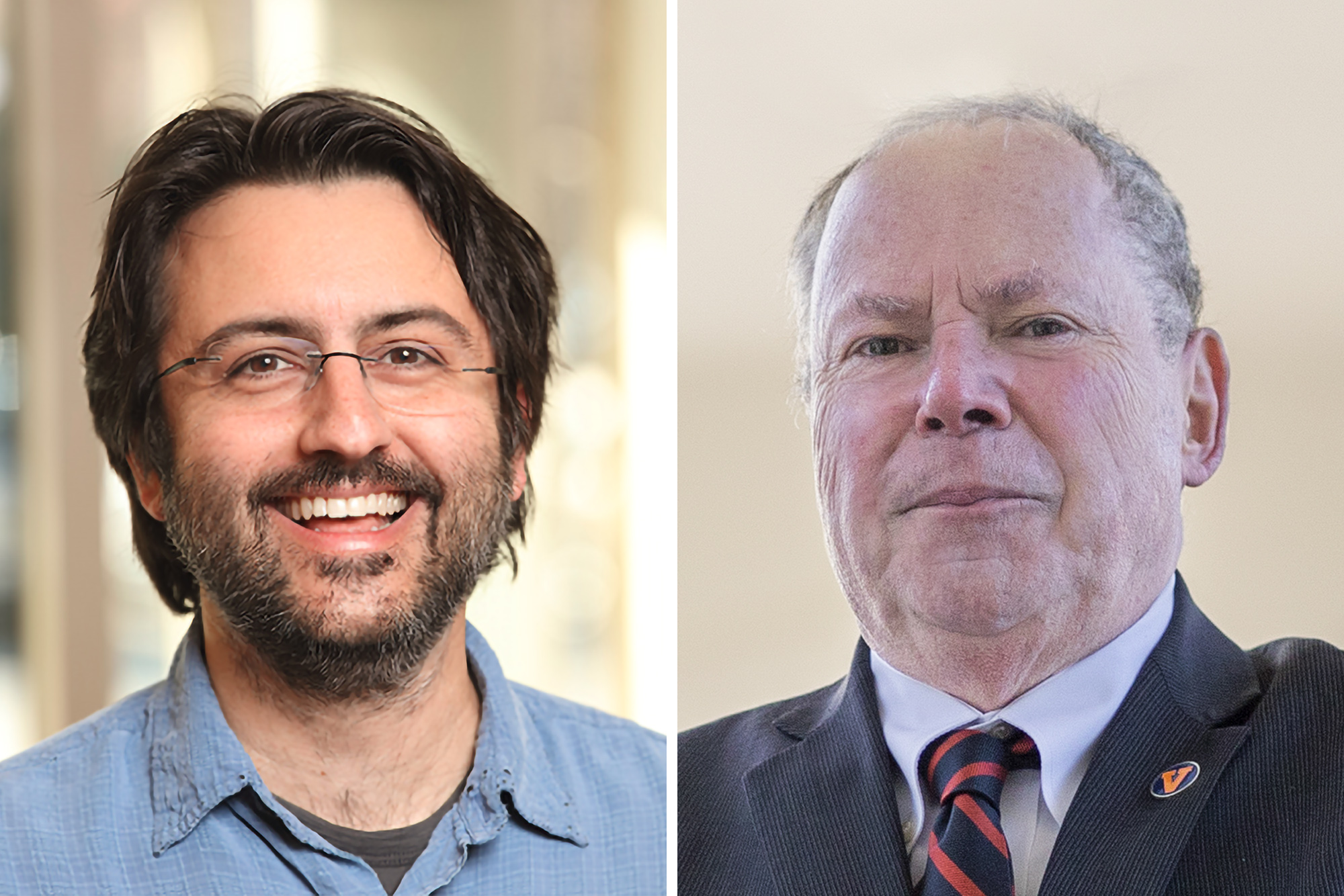 “The power of the electronic health record, which is really yet to be fully realized as a research tool, is that you’ve suddenly got all this data you can mine to see whether what you determined in passing or anecdotally has any basis,” Bourne said.

The team’s analysis, which appeared in the journal Signal Transduction & Targeted Therapy in July, showed that the data supported findings from other smaller-scale studies. When delivered at high doses (the equivalent of about 10 Pepcid tablets), famotidine appears to improve the odds of survival for COVID-19 patients, especially when it is combined with aspirin. It also seems to hinder the severity of disease progression, making patients less likely to reach the point where they require intubation or a ventilator.

The next challenge was to figure out why. Data scientists like Mura and Bourne perform extensive detective work for medical analyses like this one, looking at existing information and drawing upon biochemical and molecular principles to propose a cohesive theory that helps elucidate the population-scale patterns they identify.

Mura calls this “weaving a story” based on the data. He needed to work backward from massive groups of people and draw some possible conclusions about what was happening at a totally different scale – the scale of proteins that are “one-millionth the size of an ant,” he said.

One of the most dangerous phenomena COVID-19 can trigger in your body is something called a cytokine storm, which is a potentially fatal amplification of an immune response. When you become sick, your immune system releases inflammatory proteins called cytokines that tell your immune cells how to fight the infection. But in more severe illnesses, cytokine production can spiral out of control, becoming dysregulated.

“Basically, your immune system goes haywire and starts attacking things like your otherwise healthy lung tissue because it’s so desperate to kill off the invading virus,” Mura said. “Your own physiology essentially uses a sledgehammer against the pathogen when a fly swatter would suffice.”

The team’s theory is that famotidine suppresses that reaction. Although it was developed with a specific purpose in mind – blocking the histamine receptors that help produce acid in your stomach – famotidine, like all other medications, can cause side effects. Mura and his colleagues believe that interfering with cytokine storms might be one of them.

“It may well be a case of famotidine having a beneficial off-target effect,” Mura said. We generally think of side effects as a bad thing, but in some cases, they can be harnessed to treat other conditions. In the future, it’s possible that famotidine could be repurposed in this way.

But the team’s findings are far from conclusive. Mura also emphasizes that he is not a doctor and stresses that patients should consult with their primary care providers before taking any drug. Other studies have offered conflicting pictures of what famotidine can do for COVID-19 patients; some have found that it has a neutral effect and one has even suggested that it might be detrimental. Mura, Bourne and their colleagues recently published a review of existing research on the subject, along with suggestions for a framework that could help reconcile the contradictory reports.

Still, with its unique focus on combining famotidine with aspirin and its impressively large sample size, the team’s study has shed further light on an inexpensive and safe potential treatment that would be easy for doctors to prescribe. In the midst of an international health crisis, the study has also laid important groundwork for further research.

“Scientific studies are sometimes viewed as the end-all, be-all, but they’re really just a starting point or a springboard,” Mura said. “Any good study raises more questions than it answers, and data science is often what kick-starts that process.”

What Is the ‘4th Side’? END_OF_DOCUMENT_TOKEN_TO_BE_REPLACED